Anonymous
Follow
Facebook
Twitter
01
We've been together 7 years with my ex-husband. He s 46 and im 31. We always got along well and didn't feel an age gap. After 4 years of being together we got married. He worked in another country and after marriage i quit my job and moved to stay together. I got pregnant, due to health and work issues we decided it will be better for me to go to my home town to deliver a baby and after to come back. After i left he got distant, hardly answered my calls, disappeared on weekends, didn't contact me to know how i was. I didn't want to think he cheated on me because i trusted him, he assured he settled down and didn't want anyone else. He told me he was busy at work. I asked if he wanted to separate with me. He said never would it happen. After the birth of our son we were happy. He seemed fine but behaved distant saying that he has work on his mind. He left to his job place saying he will take us in 3 months. After he left he almost stopped contacting us. I tried to speak with him but his answer was sorry i have a lot of work. He didn't take us in 3, in 6 months with the same excuse. Finally we bought tickets after 9 months of not seeing each other. The day before he should have arrived i got a text from him saying he wanted a divorce and that he will never come to see us and that i and son were mistake in his life. I was shocked. I called him, he said he found another woman and cheated on me since my pregnancy. He gambled and withdrawed all the money from our joint account. He didn't seem himself. Our families were shocked. He went silent treatment. It passed 4 months, he never asked about his son and doesn't wish to discuss legal issues, doesn't answer my texts and calls. He left us without house and money, my parents help me. I checked who this woman was- she is of his age but with plastic surgery and dressing like a teenager. I still dont know what has happenned and why he changed and ran away like this abandoning us. Maybe anyone faced with something like this? 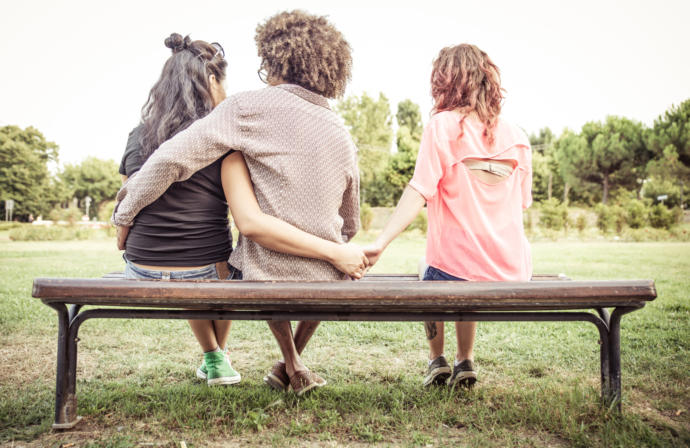 Show All
After breakup this is still bugging me... Did I do the right choice?
What is the worst form of revenge you have personally taken on an ex?
Why does my ex want to spend time together with the children?
Ex won’t let me leave him completely?

Show All
What's Wrong With Every Action Movie Ever
Words using each of the 26 alphabets with cool sayings
Stalking = Desire > Reason
We all pray to different Gods, but you will not pray to another persons God, because they are not your God. But you are being forced to...
Click "Show More" for your mentions
Home > Break Up & Divorce > Hello guys.. any good advice here on cheating?
Most Helpful Opinion(mho) Rate.
Learn more
Yes No

Cast Your Vote
WHAT WILL YOU DO?

Anonymous
Other
Popular Questions
Does hearing someone you love cry make you cry, or want to cry?
What's your stance on TERFs?
Can you make coffee?
Guys, do you agree?
Show All
Join with {0}
Loading...