What are people's views on apprenticeships?

Anonymous
Follow
Facebook
Twitter
00
I started out as an apprentice and over the course of 5 months I was taken off the apprenticeship and told I was going to go on a course which hasn't followed through ( my pay has gone up slightly). Everything I I have done, I have taught myself. I haven't received much training and I have been battered down a fair few times, being referred to as a 'robot' 'unconfident' and a few other things. I'm just curious as to whether it's also allowed to email and text passed working hours, it has happened on a few occasions. I just want an opinion on apprenticeships really? & what people's views are on them? 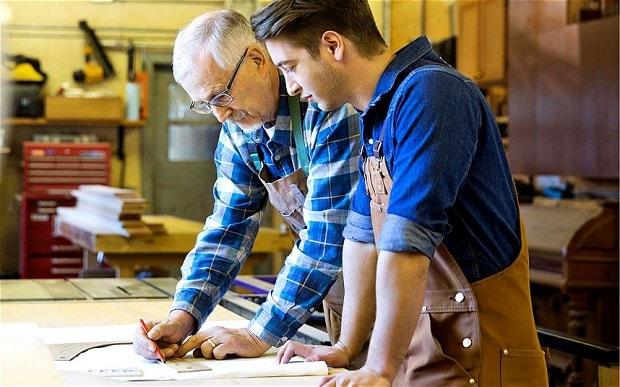 Dystopian themed Video games, movies, tv shows and novels that are relevant now more than ever
The W. H. O., Asymptomatic Spread, and Why Mask Police Are Wrong
3 Reasons Stepdads Are Awesome And Deserve Respect
8 Reasons Why I Like Female Culture
Click "Show More" for your mentions
Home > Education & Career > What are people's views on apprenticeships?
Most Helpful Opinion(mho) Rate.
Learn more
Yes No

Cast Your Vote
Guys, If you could decide would you want your spouse to have Bachelor’s in nursing or in business Management?

Anonymous
Other
Popular Questions
Is my weight loss noticeable?
How can I get real love and a responsible guy and caring?
Country music and Southern Rock legend Charlie Daniels passed away today. What was your favorite...
Several People Killed This Weekend In Chicago?
Show All
Join with {0}
Loading...