The ‘Frozen 2’ Director Weighed In On Elsa Getting A Girlfriend. What are your thoughts on this? do you think this is a good idea, or a bad idea?

Decentguy
Master
Follow
Facebook
Twitter
00
The push for LGBTQ+ representation in Disney films continues to have legs! Disney fans have voiced their wishes to have an LGBTQ+ character in the Frozen sequel. Co-director Jennifer Lee has finally acknowledged the idea in an interview.

The movement began after many believed the film’s hit song Let It Go, sung by Queen Elsa, sounded like a coming out anthem. People were so inspired by the idea that the hashtag #GiveElsaAGirlfriend trended on Twitter years after the movie’s release. Teen feminist and Feminist Culture web-founder Alexis Isabel kick-started the hashtag when she tweeted out, “Dear @Disney, #GiveElsaAGirlfriend.” The tweet received over 3,000 likes on Twitter.

People haven’t given up on the idea; viewers continue to band together to encourage Disney to give the Snow Queen, who did not have a love interest in the first film like her sister Princess Anna, a female love interest in the sequel. Even actress Idina Menzel, who voices Elsa in the film, has expressed her support to make Queen Elsa the first lesbian Disney character. Menzel told Entertainment Tonight, “I think it’s great.”
With Frozen 2 officially in the works, Disney has been pretty hush-hush on this idea, or any other details about the sequel. But a recent interview with Frozen’s co-director Jennifer Lee is giving fans new hope that Disney is hearing their concerns for equal representation. Lee actually shared that she was familiar with the trending hashtag (the power of numbers!) and shared her thoughts on the discussion.Lee confirmed she was open to the idea and expressed she was happy the film was creating discussion. “Where we’re going with it,” Lee told the Huffington Post in an interview, “we have tons of conversations about it, and we’re really conscientious about these things.”
for me, i dont support this, neither im against it, whatever float's people boat

I support this.
Vote A

this is a bad idea. Why? Why does there have to be gay characters in movies pandering to children who don't know what sex is?
Vote B

im neither against it or support this, im ok with it.
Vote C 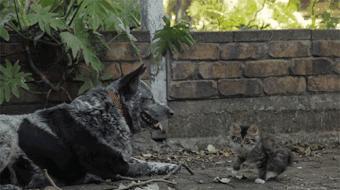 i just came here for this gif.
Vote D
Select age and gender to cast your vote:
GirlGuyPlease select your age
Updates:
Follow
00
Share
Facebook
Twitter
The ‘Frozen 2’ Director Weighed In On Elsa Getting A Girlfriend. What are your thoughts on this? do you think this is a good idea, or a bad idea?
9
21
Add Opinion
9Girl Opinion
21Guy Opinion

Top 21 Bad & Beautiful
What the bible taught me about the purpose of life
Why guys are not threatened by a woman having a professional career
Correct terminology when talking about Sex
Click "Show More" for your mentions
Home > Trending & News > The ‘Frozen 2’ Director Weighed In On Elsa Getting A Girlfriend. What are your thoughts on this? do you think this is a good idea, or a bad idea?
Most Helpful Opinion(mho) Rate.
Learn more
Yes No

Cast Your Vote
Should the unvaccinated be sent to camps?

Anonymous
Other
Popular Questions
Are you pushin 🅿️?
Do you agree that if someone lives in LA or Santa Cruz , San Diego and Santa Monica you have no...
"Covid cases are on the rise." And yet, I still don't know a single person who has died or even...
Girls, Girls would you date a guy who listens to video game music very often?
Show All
Join with {0}
Loading...