Have you ever played the arcade version of Donkey Kong Jr. ?

Still-alive
Yoda
Follow
Facebook
Twitter
02
Mario has gone mad! He's turned the tables on Donkey Kong and locked him in a cage. It's up to you, as Donkey Kong Jr., to rescue your father by stealing Mario's set of keys. But it won't be easy. You'll have to fight off ape-eating Snapjaws, jump onto moving islands and break through a jungle of vines to get to the keys that will free Donkey Kong. Can you handle the action? Because this off-the-wall monkey business will have you going bananas!

Thats right this is a sequel to the original Donkey Kong arcade game and Mario is the enemy in this one! 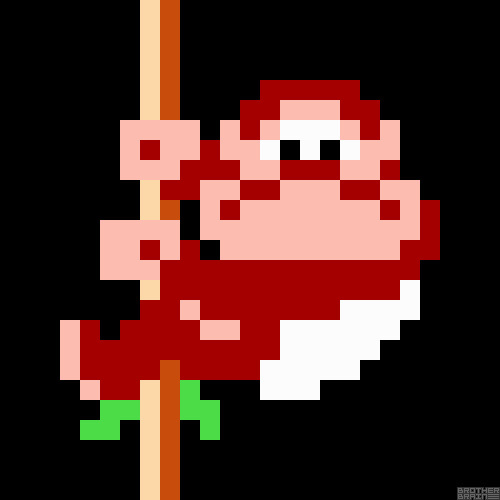 Yes i have played the original arcade version
Vote A

I played a home port
Vote B

I have never played any version of it before
Vote C

I have never even heard of this game before
Vote D
Select age and gender to cast your vote:
GirlGuyPlease select your age
Updates:
Follow
02
Share
Facebook
Twitter
Have you ever played the arcade version of Donkey Kong Jr. ?
9
6
Add Opinion
9Girl Opinion
6Guy Opinion

Show All
Why the bible warns against being overly righteous or overly wise
One benefit I get from being religious
The Conclusion of My Breastfeeding Journey with my Older Son
We all Need to Get Along
Click "Show More" for your mentions
Home > Entertainment & Arts > Have you ever played the arcade version of Donkey Kong Jr. ?
Most Helpful Opinion(mho) Rate.
Learn more
Yes No

Cast Your Vote
Are you excited about Matrix Resurrection 4?

TheDarkAngel21
Xper 6
Other
Popular Questions
Black Girl And White Boy Dating?
Are we harming the earth?
Border agents on the Texas border uses horses and whips on Haitians, thoughts on that?
Are short guys sexually and physically attractive?
Show All
Join with {0}
Loading...