Why is it so hard for some straight people to accept LGBTQ community?

Anonymous
Follow
Facebook
Twitter
00
I am straight, and I don't give two shits what people do in their bedroom or how people feel in their mind or if people like their genitalia or not. But I don't understand certain things such as:

Why don't we simply like each other because we are humans and when we bleed, we all bleed red? Why do we have to hate a certain person because of his/her mental condition to be transgender, or because she likes women and he likes men? And why do we think they have some kind of contagious diseases and they cannot do certain things like normal people do? For example: holding an office, being a manager etc. 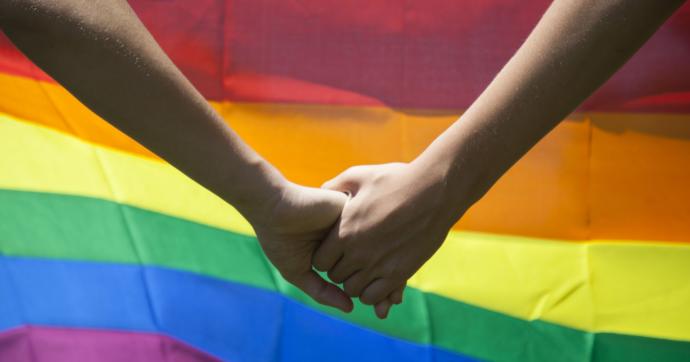 Show All
Why are liberals/democrats/leftists/racists continuing to dig up old social media posts?
Is 75 Hard too unreasonable?
Girls, when straight women do all that lesbian women do then what makes you straight, bi or lesbian?
Why do some teenagers act like such hard asses? Ladies find this attractive?

Show All
Dangerous Behaviours the Bible Warns Against
Wait did we evolve from apes or... not? The Evolution theory
White men are NOT better than black! What I think about racism.
What Does Depression Feel Like?
Click "Show More" for your mentions
Home > Trending & News > Why is it so hard for some straight people to accept LGBTQ community?
Most Helpful Opinion(mho) Rate.
Learn more
Yes No

Popular Questions
So should I bulk or cut? Please need genuine answers?
Do you want a handsome or beautiful gamer lover?
Can you recommend a good song?
A moment you felt he is just a boy not a responsible man?
Show All
Join with {0}
Loading...