UFC MMA: Is there anyone else that thinks that a certain recent UFC fight could have been rigged?

laurieluvsit
Master
Follow
Facebook
Twitter
00
OK, I know my audience is going to be small on this one because not that many GAG members are UfC fans but here goes.

My sisters, and I, practice MMA for self defense and keeping in shape purposes.

So we are watching the UFC 269 Nunes Pena fight and found it hard to believe what was happening in the 2nd round. We were like - "Nothing feels right about this!"

First, Amanda was not fighting at all like she normally does as it seemed like she almost had a reserved demeanor about her.

Second, she almost tapped immediately when Julianna put her in the rear naked choke and didn't even seem to be fighting it.

Third, when being interviewed at the end by Joe Rogan she didn't seem to be at all upset by the loss.

When you examine the betting odds, I mean it was overwhelmingly in favor of Amanda and highly against Julianna. Can you imaging the take home purse for anyone betting on Julianna to win this fight? It was enormous. No one expected Julianna to win, not even close.

OK, I am not accusing anyone of anything but when you smell a skunk, there might just be a skunk nearby.

Am I on an island all alone here?

If you saw the fight, what do you think? Do you think it is possible that any fights in the UFC could ever be rigged? ... just asking 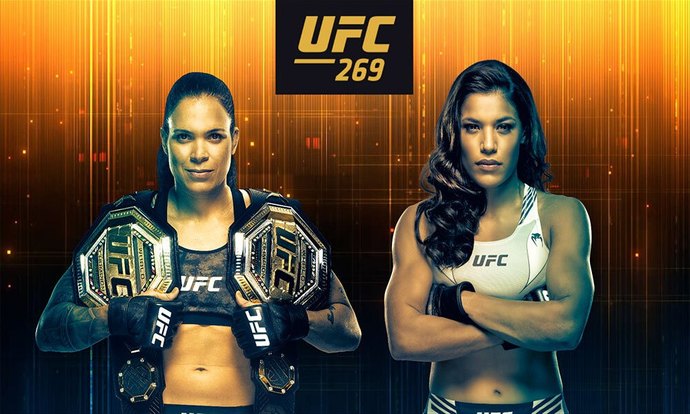 No Laurie, there you are going off the deep end again. No way any fight could ever be rigged, get with the program girl!
Vote A 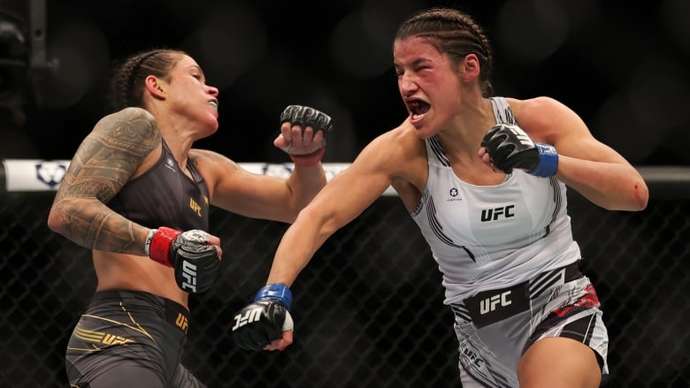 I'm not saying this one was, but yes, it is posible for fights to be rigged
Vote B 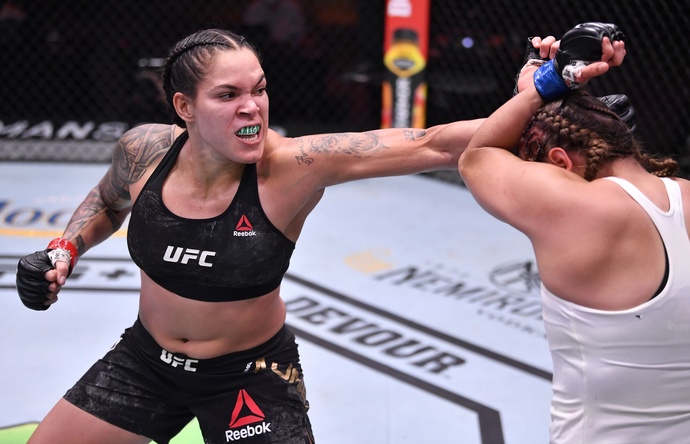 No, women can be moody, Amanda just wasn't having a good night that night is all
Vote C 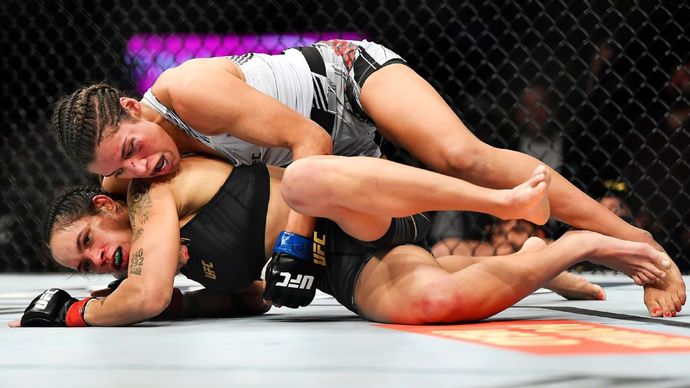 OTHER, see my comments below, or just open the "Rigged Fight" survey
Vote D
Select age and gender to cast your vote:
GirlGuyPlease select your age
Updates:
Follow
00
Share
Facebook
Twitter
UFC MMA: Is there anyone else that thinks that a certain recent UFC fight could have been rigged?
9
1
Add Opinion
1Girl Opinion
9Guy Opinion

The dangers of crushing! My experience!
What the bible says about publicized faith and godliness
What my enemies taught me about Mark 2
A Dizzy Edition Travel Guide (Part 1)
Click "Show More" for your mentions
Home > Sports > UFC MMA: Is there anyone else that thinks that a certain recent UFC fight could have been rigged?
Most Helpful Opinion(mho) Rate.
Learn more
Yes No

Popular Questions
New Shoes Do these look fine to wear to an interview in about 4 hours time?
Should the idea of Race be immediately dropped?
Should I disclose that I’m fat/chubby to a guy?
How would you react if you came home one day and as soon as you enter the front door you hear a...
Show All
Join with {0}
Loading...