Be The Boyfriend You Wish You Had

Yes, you read the title correctly.

"If you love your boyfriend but he’s not doing it for you, complain less and treat yourself to more!"

We could literally go on all day long. The ranting and raving usually ends with an end-of-the-night “I don’t want you to get the wrong idea because he really is a great guy” or “But I really do love him” — to which we always reply, “You don’t have to say that. I know he’s a good guy and, if you didn’t love him, you wouldn’t be with him.” Sometimes I like to throw in “because he’s such a dumb ass that why would you be with him if you didn’t love the idiot?” to the end of that last statement.

Anyway, after years upon years of complaining about our boyfriends’ juvenile stupidity, my friends and I have decided to be the boyfriend that we wish we had. It’s pretty much the same concept as the Destiny’s Child’s Independent Women song. You can love him as much as you want, but don’t let his actions make you feel bad anymore.

The same goes for jewelry or other less-sentimental items that you’ve had your eye on. If you love your boyfriend but he’s not doing it for you, complain less and treat yourself to more. 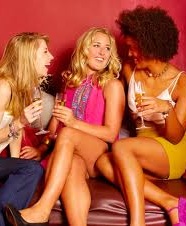 I don’t have a boyfriend, and I take myself out to dinners with friends, shop, and treat myself to manicures and hair appointments all the time. I can’t rely on a guy to swoop in and buy me everything I want — and I also can’t waste my life away wishing my boyfriend (if I get one) will have the caring, common sense, and money to do all of these things for me; therefore, I do it for myself.

Think about how much breath you waste complaining or how many hours of sleep you lose burdened by the thoughts of not getting what you want out of your relationship (tangibly-speaking). If you don’t want to break up with him (or if you’re single and don’t have a boyfriend at all), then simply be the boyfriend you wish you had.

Have you ever been your own boyfriend?

Show All
Why life is far bigger than the chase
Confessions of a Brown Skinned Girl: The Good, The Bad and Confused
Why bragging is dangerous - Bible talk
You Don't Have to Say Yes to Sex With Every Woman

The only opinion from guys was selected the Most Helpful Opinion, but you can still contribute by sharing an opinion!

Click "Show More" for your mentions
Home > Dating > Be The Boyfriend You Wish You Had
Most Helpful Opinion(mho) Rate.
Learn more
Yes No

Cast Your Vote
Currently In a Relationship, Do you Feel you Have a Future with Him or Her?

Paris13
Influencer
Other
Popular Questions
What usually happens at a gynecologist appointment?
The mom and her child's problems. Polite way to cut her off or hear her out?
Do you consider this to be true?
What is your take on using terms of endearment with a stranger?
Show All
Join with {0}
Loading...