He went from being this...

To the depressed guy he is now.

If you actually look at his photo's, you can tell that he is NOT HAPPY. Do his eyes shine with happiness? NO! He looks lost and empty. Even Eminem quoted that bieber had demons. Eminem was not being a hater, he was putting it straight.

I have personally known many haters who admitted they were just jealous. Somebody hacked his Instagram and snapshotted the message box (Which has now been deleted) and it was fulled with gruesome abuse. People threatening to kill him and cut his d*ck off; Every type of sick thing you can imagine.

Why can't people just understand that he is a sensitive guy? He admitted himself that he was quite feminine. Who cares! So was Michael Jackson! He grew up with a crap life then worked hard and became famous- but not over night...He actually had to go through many radio stations before his debut. He worked his ass off. He said himself that he gets hurt easily, so why torment him? Because of his voice? Did you know that he tried to commit suicide because of the abuse and his manager had to get Oprah to stop him?

Did you know that his manager set up the "Justin bieber Roast" to harden him up so he could adjust to his haters? Did you even realize that his song "i'll show you" is really depressing? - he sings , "They don't even know that I'm hurting" and is talking about the haters..

He has become bitter, angry, depressed and wild because of what these haters have done to him. Now he's put up a big wall and he's ashamed of himself. He even wrote a song called "change me", talking about how he wishes someone could change him, and open up the light and make all his wrongs right... 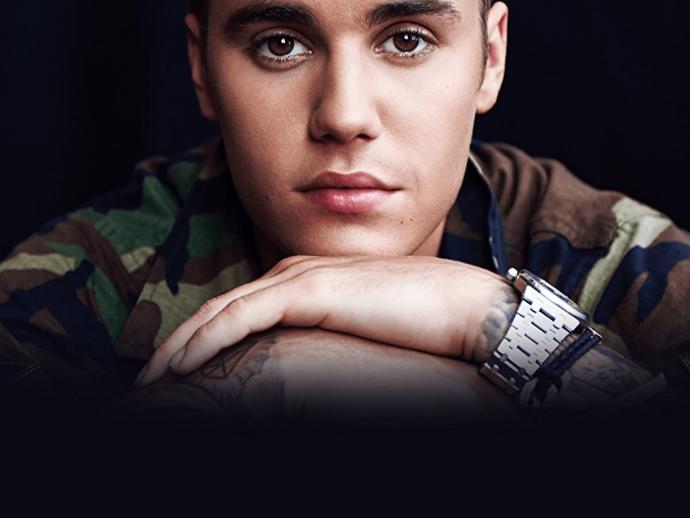 Well you know what haters?? YOU did to him. YOU attacked an innocent person who would never have hurt you. YOU MADE HIM SUICIDAL and You should apologize! All you haters should gather up and apologize!! That's my speech. And no, I'm not obsessed with Bieber. Actually, I'm a kpop fan. I just think that there's no need to be nasty. It's an UGLY trait and you shouldn't be like that to people. Since when did your parents ever teach you to be evil?

You should be kind, no matter what. Justin Bieber used to very kind and that was the real reason girls liked him. They could see it in his face and hear it in his voice. Now, he's miserable and so are his fans. You stupid haters. Please, apologize. He's not like Taylor Swift who loves having haters. He's actually a christian and christian's ain't the type of people who can ignore abuse easily; they happen to be more soft and sensitive.

He was a christian as a child and he is one now, who is trying to change. So yeah, I repeat myself and demand that next time you haters go on his twitter/instagram, then APOLOGIZE!! It may have been funny for you to hate him to you but it actually hurt him so badly, that he's started to believe that any younger guy he become friends with will have his life ruined by haters, therefore he's decided to be quite a loner. You people shouldn't have started abusing a teenage boy in the first place, how ignorant are you? What did you expect to happen by abusing a teenage boy who was neglected by his father and grew up struggling with a mom who had two jobs? He had to busk on the street for more money because that's how poor he was. He was a boy who was bullied in school for being poor and felt worthless. He already had trauma but he had hope that he could pursue his dream of being a musician, but then he suddenly became an icon for most hated celeb of all time. And for what? Being a pretty boy?

You haters ruined his childhood, so you better not continue to ruin his life. Don't forget what I said and please, be loving and just apologize. Just do it. Apologize now. It would make him feel better knowing that at least somebody actually feels bad for what they did.

Cast Your Vote
If your life were a movie , which genre would it be?

so_over_this
Xper 3
Other
Popular Questions
Should a guy tell a girl he "likes" her if she's in a relationship?
Which artwork looks the best/coolest?
Would a law enforcement education program/series be helpful in educating the public on the...
Men, do you like outspoken women better than reserved ones?
Show All
Join with {0}
Loading...