How do you think masculinity should act when facing the end of a relationship? 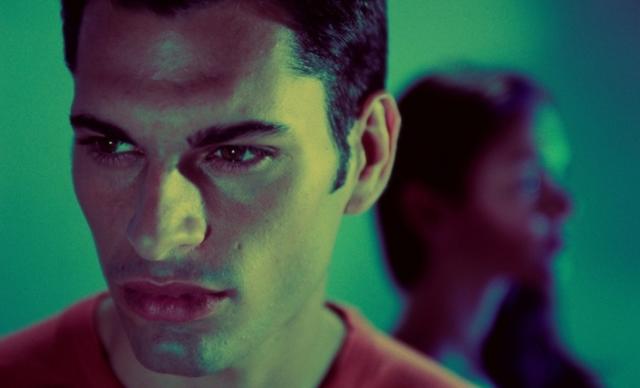 If you are a guy and going through a break-up and need some advice, but don't want to open up to a friend or be overly 'emotional' - there is a great video on YouTube for you. It's made by a self-help relationship expert who gears his advice especially to men. Not just any guy - but the Alpha guy. He teaches guys how to be strong and confident men in the face of personal crises and relationship meltdowns.

See his advice here on NOT just how to break up - but how to do it 'Like a man'.

What does that mean nowadays? Many think that men have been emasculated by a common desire of women, that men be more sensitive and emotionally accessible or vulnerable with them. This new 'nice or sensitive' guy stereotype which many men aspired to has come with it's own set of unique problems: mainly that men do not feel like MEN anymore.

Aaron Marino who is behind the video and philosophy, started a men’s image consulting firm, called alpha m to address these issues. He combines advice on image, relationships, style, grooming, fashion and most importantly their confidence. This is not just advice but a whole way of living - an alpha lifestyle: A teaching on how to get back to being a MAN in the classic sense of the word.

Many argue that men and male identities have been through a crisis lately. Most women in the Western world do not need a man to have a successful, self-sufficient life. Men are mostly considered romantic partners than providers and protectors.

That means there is a shift between the way the sexes relate to each other - and if men, who for generations were taught to display machismo when engaging with the ladies - no longer are expected to present themselves in that way, it leaves a lot of men scratching their heads wondering what their modern role is and how to interact.

Marino has touched a nerve - he appeals to men's need to identify with all that is classically male and shares his insight how to get back to feeling confident as a modern day man in the face of post-split scenarios.

He calls it breaking up without breaking down. Classic masculinity doesn't like to feel lost or out of control, and he speaks in a fashion that makes sense to men - it's in 'guy code'. Getting back to being 'Alpha' male and taking control of your dating life is at the centre of this doctrine. And he does have some real pearls of wisdom.

Do you have a break-up story that would have gone better if you had had his advice?

Guys! Tell us how you could've applied his advice in a past break-up or a current dilemma that you have...

Girls! Would you want your boyfriend taking this advice?

Are there any alpha male gagers out there?

Show All
How do men handle breakups?
Does every breakup affect men the same or is it different with different women?
Why do men seem to move on to bigger things in life after a breakup?
Men do you have delayed reactions when dealing with a breakup?
Click "Show More" for your mentions
Home > Break Up & Divorce > How To Breakup Like A Man
Most Helpful Opinion(mho) Rate.
Learn more
Yes No

Popular Questions
Demi Lovato is a female again. Thoughts?
I broke 3 week no contact after being blocked by ex girlfriend. What should I do?
Would you rather smoke cannabis cartridges or Marijuana?
How far into the past are newspapers becoming so far?
Show All
Join with {0}
Loading...