There is not a possible case where a guy can accidentally make the wrong choice and never be considered as a possible boyfriend... However, there are several situations that are often mistaken to be the "friend zone". (keep in mind, these ideas are gender neutral, I'm only using guys as an example to make things easier.)

1. The classic, "She only likes me as a friend" scenario.

In this case, the guy and girl are already friends, but he wants to be more. There are only a few possible outcomes from this scenario. 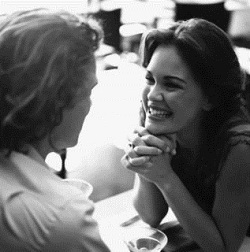 Now, this one is a big pet peeve of mine... There is NOTHING that you can do. Girls will be attracted to you based on their own personal preferences (even subconscious ones) and although you can possibly find out what those preferences are and display your abilities to meet her expectations, you cannot change the overall outcome of whether or not she will be attracted to you.

The truth will all eventually come out, and no matter what qualities you show first, she will eventually know all or most of them and will make her own decision. The possible outcomes are:

"The BEST way to go in every case is to make a friend before making a girl/boyfriend."

These things are always up for change based on different variables. If a strict, structured girl were being tested with someone who commits crimes, assuming that this factor was a turn-off for her, then if he somehow miraculously found the Lord or something and completely reshaped his life, it may be a different story.


The biggest point I want to try and show through all of this is that you do not have to begin your relationship on the pretense of a romance for a romantic relationship to develop. These relationships are fleeting, and usually leave you with more regrets than anything else. I have always said and will always continue to say that the best way to go in every case is to make a friend before making a girl/boyfriend.

If your romantic relationship is built around a tried and tested, fireproof friendship, it is much more likely to succeed than an empty romance just thrown off a cliff without a parachute.
Follow
31
Share
Facebook
Twitter
The Mythical Friend Zone
20
12
Add Opinion
12Girl Opinion
20Guy Opinion

Show All
Love and Narcissistic Mothers
13 Sex memes most guys can relate to.
Dawn on the beach with a skunk named 'Sharp'
Who is the globalist billionaire Klaus Schwab?

anon1903
Guru
Other
Popular Questions
Was he trying to cut the conversation?
Witch hair color?
Do you think Jon did the right thing?
Heavy beard, light beard, or clean shaven? What do you prefer on men?
Show All
Join with {0}
Loading...