What men want in a relationship

This is a general view and not a specific view so if you feel offended by elements in this article, that is not my intention. Please read it for its purpose and not as a personal slight towards women.

There is a great difference between what each sex thinks the opposite sex wants from them, and what the opposite sex really does want. What women think men want from them causes women to have resentment and anger toward men, and feel hopeless about ever developing a wonderful, warm, romantic partnership. What men think women want from them causes them much of the same feelings and frustration.

The thing is that we would realize that both men and women are human beings first and pretty much want the same thing. 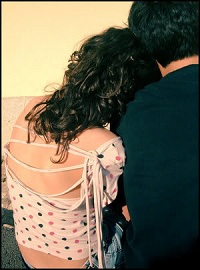 Women think men want them to be superficial, to keep quiet about their needs or wants, and never to ask for anything. Women think men believe them to be too needy and too sensitive, and that men simply want women to get over it. Some women believe they do not have the permission to tell it like it is, that they will be rejected for speaking up.

A tip for women: Men want and need straightforward, courageous communication without anger or criticism. One way to attract a man and build a satisfying relationship is to learn how to communicate your truth and needs effectively.

A tip for women: Men want what women want — a whole partner. One powerful way to attract a man and build a vibrant relationship is to create a full, rewarding life for your own fulfillment.

"Men want no manipulation of any kind. They do not want to read their partner’s mind or try to interpret signals."

Women think men want little or no communication, and the only way to get needs met is through manipulation. Women think men either need or want to be reminded that the relationship needs to move forward. Women think men don’t want or value praise and acknowledgment, and so tend to only verbalize criticism.

A tip for women: Men will not tolerate manipulation of any kind for any significant length of time. To attract a man and build a wonderful relationship learn to ask without hesitation for what you want and need in every area of your life. Learn to be aware of his timing and his time-line. Learn how to acknowledge and bestow praise.

Men want a partner who can laugh at herself and who has courage and strength. They want a woman who can see her part in relationship dynamics and own it. She has to be emotionally stable. Men want a woman who is developing herself personally, and who takes responsibility for her emotional experience.

A tip for women: Men want women who are emotionally mature. Maturity does not mean lack of emotions. It does mean the ability to handle emotions responsibly. To attract a man and build a long-term relationship, learn to take responsibility for your emotional experience and expression.

5. Men want fidelity and a commitment to the relationship.

Fidelity is an absolute must. In fact, men want a woman who does not have a “roaming eye” and who can wholeheartedly commit to the relationship. Many may define commitment as fidelity plus the willingness to work on the relationship — even when the going gets tough.

Women think that all men want is sex, and that men will leave a relationship for the next prettier face. Women think men cannot be trusted to be faithful. Women believe men do not want to work on a relationship; that when the going gets tough, they run.

A tip for women: Here is great news for those women who are resigned to the myth that all men cheat: infidelity and “a roaming eye” are as distasteful to men as they are to women. Men know how to build a wonderful relationship, and they know fidelity is the main ingredient.

"Learning to acknowledge instead of making your partner wrong is one of the most powerful relationship survival tools available to you."

6. Men want women who know how men need to be treated.

Women think men do not need them, do not value their opinion, their support, their praise. Women also think men do not care about many things important to women, which is why they criticize. Criticism is a way to verbalize resentment.


A tip for women: Most men want acknowledgment and appreciation from women. Learning to acknowledge instead of making your partner wrong is one of the most powerful relationship survival tools available to you.
Follow
163
Share
Facebook
Twitter
What men want in a relationship
20
14
Add Opinion

Show All
Think women are free? Think again!
The Two Powers of God
My Unpopular Opinions on Relationships
Online Dating is missing something very important!

1913
Click "Show More" for your mentions
Home > Girl's Behavior > What men want in a relationship
Most Helpful Opinion(mho) Rate.
Learn more
Yes No

Cast Your Vote
True or false: despite mutual chemistry, if a girl seems more comfortable in a group, then she doesn’t like you in that way?

Anonymous
Other
Popular Questions
Anyone else love smelling weed smoke?
Is this guy joking around?
What is your favorite Paul Simon or Simon and Garfunkel song?
Is it a sign of weakness for a guy to be jealous for his girl?
Show All
Join with {0}
Loading...