Legitimate Reasons Why You Should Not Vote for Hillary Clinton 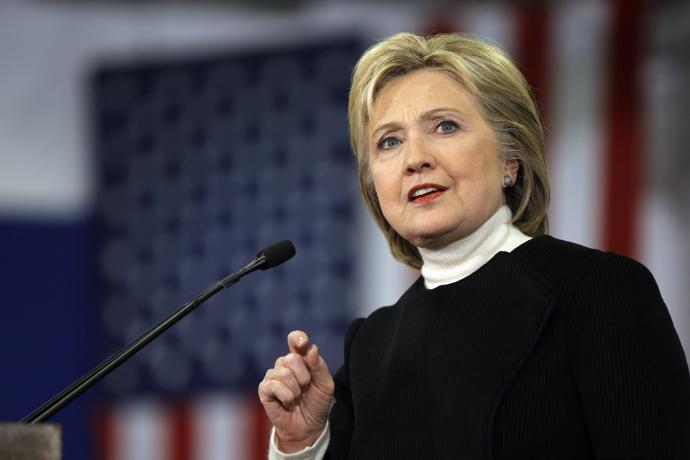 Hillary lied under oath about what went down in Benghazi,

Hillary was behind military members not getting their vote counted,

Hillary supports the NSA monitoring our phone calls, emails and everything else

She used the Clinton Foundation as a cover for tax evasion, hiring cronies, And taking bribes from foreign countries,

Hillary supported drones being operated in our own country without the benefit of the law,

Hillary gave 123 Technologies $300 Million, and right afterward it declared bankruptcy and was sold to the Chinese,

Hillary was for arming the Muslim Brotherhood and hiring them in the White House. 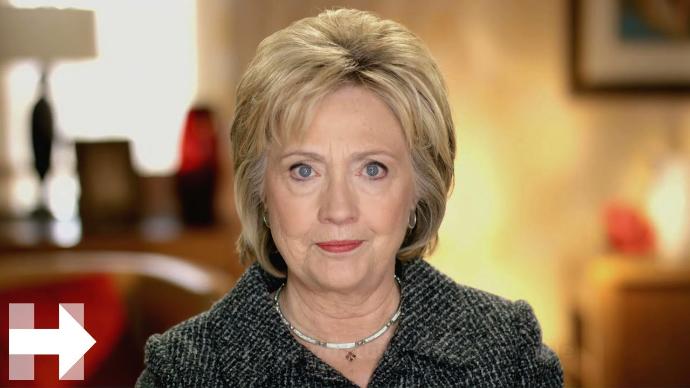 Hillarybacked the funding of neo-Nazis in the Ukraine that led to the toppling of the democratically elected president and to the biggest crisis that country has had since WWII,

Hillary was the mastermind of the so-called “Arab Spring” that only brought chaos, death and destruction to the Middle East and North Africa,

Hillary left four Americans to die in Benghazi then went to sleep,

Hillary trashed Mubarak, one of our only Muslim friends,

She was encouraging and supporting the murders of Palestinians and the destruction of their homes, towns and villages by Israel,

Hillary backed the funding and arming of terrorists in Syria, the destruction and destabilization of that nation, giving the order to our lapdogs in Turkey and Saudi Arabia to give sarin gas to the “moderate” terrorists in Syria that they eventually used on civilians, and framed Assad, and had it not been for the Russians and Putin, we would have used that as a pretext to invade Syria, put a puppet in power, steal their natural resources, and leave that country in total chaos, just like she did with Libya,

Hillary helped the creation of the biggest refugees crisis since WWII,

Hillary had The DOJ spying on the press 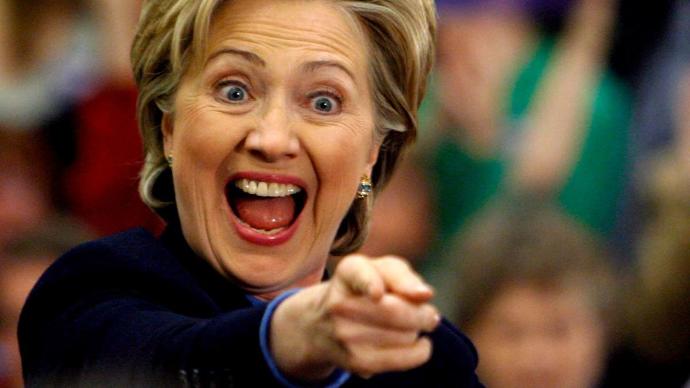 Hillary gave all her cronies in SOLYNDRA $500 MILLION DOLLARS and three months later they declared bankruptcy and then the Chinese bought it,

She had the NSA monitoring citizens,

She had the State Department interfering with an Inspector General Investigations on departmental sexual misconduct,

Hillary, the IRS, Clapper and Holder all lied under oath to Congress

Issued threats to all of Bill’s former mistresses and victims to keep them quiet,

Left a power vacuum in the middle east that created ISIS which has now spread to over 30 countries.

Clinton is responsible for the fall of Iraq and Syria (and the rise of ISIS):

Global Research properly recounts Hillary’s evil calculus in manipulating a call for help during a draught in Syria, and turning it into a full on civil war, that sees no end even today.

Clinton was the US Secretary of State when the 2006-2010 drought was causing massive relocations of population in Syria and U.S. State Department cables passed along up the chain of command the Assad government’s urgent request for aid from foreign governments to help farmers stave off starvation. The Clinton State Department ignored the requests and treated this as an opportunity to foment revolution there. It wasn’t only the Arab Spring, in Syria, that led to the demonstrations against Assad there. Sunni jihadist fighters streamed into Syria, backed by the U.S., Saudi Arabia, Qatar, and Turkey. The U.S. was, in effect, assisting jihadists to oust the non-sectarian, secular Shiite leader of Syria and replace him with a fundamentalist Sunni dictator. 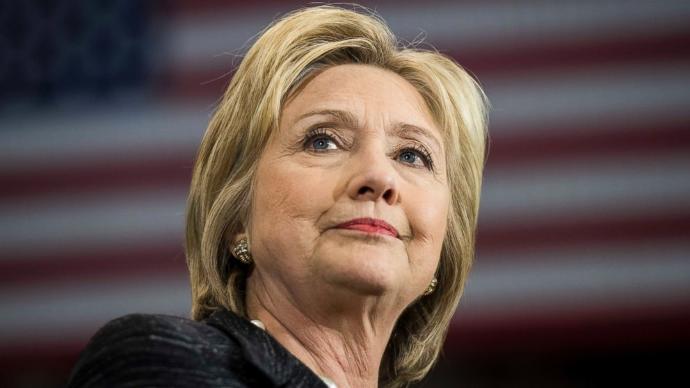 Today Honduras is ruled by an extremist, fascist far-right government because of what Hillary Clinton and Barack Obama did in 2009. The top 0.001% of the population live extremely well, while the remaining population in Honduras lives in hell…all because Hillary supported an illegal coup, and refused to support the legitimate, elected president.

Hillary Clinton deserves credit for poverty and instability in Haiti:

Hillary sided with rich factory owners in Haiti to reverse a law passed by the Haitian parliament that would allow workers to receive a living wage while making t-shirts for export to the United States. Clinton lobbied hard to keep Haiti safe for the sweatshops, and keep the people working for those sweatshops in a miserable state of poverty.

Hillary’s crowing achievement. Hillary Clinton was the Obama administration’s leading proponent of regime-change and overthrowing Muammar Gaddafi in Libya. It was a disaster to say the least.

Clinton based the entire Libya war on fabricated evidence that Gaddafi was bombing his own people. Sputnik News adds:

"Clinton was the stand-out gung-ho senior member of the White House administration. It was she who pushed for the disastrous war for regime change in Libya and boasted after the murder of the country’s leader Muammar Gaddafi by US-backed jihadists in 2011. Clinton’s policy turned a once-prosperous North African nation into a charnel house, which continues to destabilize the entire region and Europe from terrorism and refugees, who are dying by the thousands as they attempt to cross the Mediterranean. 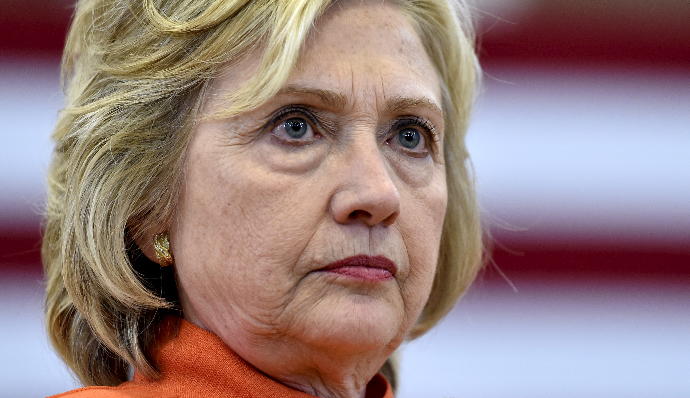 It was Clinton who colluded with the Central Intelligence Agency, and with Arab and Turkish despotic rogue states to ship weapons and terror brigades from Libya into Syria in order to instigate another war for regime change. That war has caused as many as 400,000 deaths and up to 10 million displaced people, compounding the mayhem of instability in the region and for Europe that was unleashed with Libya.

After the U.S. had drawn down its troops in Afghanistan, Hillary Clinton’s State Department refused to issue US visas to 6,000 Afghan translators who rightly feared for their lives after supporting US troops during the war. This failure has received little coverage in the U.S. press, but be certain that American troops will be paying heavily for Clinton’s poor decision making for years to come."

Hillary Clinton laid the groundwork for the coup d’etat in Ukraine, when she made Victoria Nuland her State Department official spokesperson. Nuland, a rabid, foaming at the mouth neocon, had been the chief foreign-affairs advisor to Vice President Dick Cheney.

Nuland would go on to become the point person in the 20th February 2014 coup in Ukraine, which replaced the democratically elected President Viktor Yanukovych with neo-nazi elements, and an anti-Russian U.S. puppet affectionately called “Yatz” (Arseniy Yatsenyuk).

A bloody civil war and failed state in the heart of Europe have been the net results of Nuland’s attempt to colonise Ukraine and take over Crimea.

Finally lets not forget that Clinton’s policies in both Libya and Syria have led to the rise of ISIS. How is that for foreign policy experience?

And so much more.

Trump may not be perfect, far from it in fact but at least he's not a corrupt unstable war mongering murderer and nation destroyer.

PS: I will not be replying to comments/opinions but feel free to talk amongst yourselves.

Show All
Men: Avoid Tinder - the odds are just that bad!
How I define humility and arrogance
Why you need God to protect you and can’t do it yourself
Virgin shaming needs to stop

1934
Show More(3)
Click "Show More" for your mentions
Home > Society & Politics > Legitimate Reasons Why You Should Not Vote for Hillary Clinton
Most Helpful Opinion(mho) Rate.
Learn more
Yes No

Cast Your Vote
Do you agree or disagree that the fields of psychology and psychiatry are used as thought control by the political left wing?

ADFSDF1996
Influencer
Other
Popular Questions
Girls, Does Adam levine have a sexy face?
What Sense of Humor would you say you have?
Have you ever felt trapped?
Do you share the same views on sex as me?
Show All
Join with {0}
Loading...