On Love...Love is a single soul inhabiting two bodies

philosophersdilemma
Xper 6
Follow
Facebook
Twitter
02
Younger people and people of the most recent generations revolve around the idea that love is all you need for a good relationship. Is this idea true, though? Is love really the only thing that matters when you're in a relationship?

Sure it's something that is favorable and makes one want to be with another person, but is it really the only thing that matters? Similarly, on examining the issues of expectations in terms of relationships, how can we determine an objectively moral “right and wrong”? Or is that at all possible?

(and I don't do this with the intention of mitigating the seriousness of love, but to attempt to create a better understanding of it in order to answer many questions that pertain to it, such as why people stay in abusive relationships and why it does not always follow that if you love someone, then you like them as well)

I think it would be safe to establish that there are necessary and sufficient conditions that a relationship requires in order to be healthy and functioning. Love is simply one of the necessary conditions. Its presence doesn’t necessarily imply that a relationship will work out (although there are many people who would disagree). I suppose from this, if we figure out what the sufficient conditions are, we could map up the general requirements for a functioning and healthy relationship.

Working with the idea that the qualities (rather than the substance) of a relationship are subjective is difficult, however, so in order to continue with this theory, I’ll assume that the qualities I refer to are ones that everyone desires in their relations. Hopefully, this will make my theory more objective (though it certainly is impossible to make it completely objective, of course). 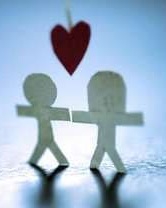 Of course, of the first things that we have to consider, respect would be included in a healthy relationship. Without respect, it’s impossible for actions within the relationship to be construed as sincere. This leads to another assumption—certainly; sincerity and honesty are parts of it as well. Who wants to be lied to, after all? There’s no way two people can function healthily when the foundation of their relationship and closeness are based on lies.

Then, we have to answer the question of why relationships based on lies don’t work. What is this need to know the people we become close to? What gives us this drive to know, and why does knowing automatically make us feel like we’re closer to another person? Telling someone else something about you doesn’t mean that they know who you are—it simply means that they know about the part of you that you wanted to tell them.

If, according to the bundle theory, a person’s identity really is the amalgamation of all his or her personal experiences, I suppose it would make sense that knowing facts and events about a person would lead one to believe that they “knew” what kind of person and “who” the person really was. But of course the question remains: why the desire to know?

I believe that in order to answer this question, we must call upon our knowledge of human beings and their drives and reasons to live, as well as the reasons that most people want to know things. Of course, there are the philosophers of the world who strive towards knowledge at every turn because knowledge of the world (and of people around them) gives them a feeling of belonging and meaning.

Can this be applied to everyone in the world? Certainly.

Take the young child who is inquisitive about the world. He tries to understand all that is happening around him so that he can establish a place that he belongs. Similarly with place, people knowing things about others establishes a connection between them, and isn’t that exactly what we want as humans? Connection with others? After all, as meaningless a connection it may be, it validates our existence. After all, one can only be alone for so long before yearning the company of others.

The greatest answer that I can come up with to validate such a question of why we desire to know things about our partners raises another issue; that is, the controversy of whether it’s possible to have a long term exclusive relationship with someone or if this has become too much to ask for.

In the times that we live in, it’s really hard to justify such a claim that exclusive relationship is possible, as the statistics have shown that a large majority of the population is unable to be faithful to their spouses. But certainly, the statistics are only showing a percentage of the population that is wiling to share its answers with the rest of the world. I can’t say for sure that the numbers are a lot greater than the statistics show, but I have reason to believe that they are. And yet, we still tend to expect that relationships should be, at its most mature state, exclusive.

"In the definition of love, completion is a key point."

First, I suppose we should examine the core and foundation of a relationship in order to answer all of our questions. In order to do so, I’ll begin with the premise that love and sex is not the same thing. Although sex can follow as an act of love, it’s not to say that love can follow from the act of sex. To argue my point, consider the following facts about love and sex:

So, in establishing that love and sex is not the same thing, why can we be angry if our partner shares sex with another person? Does it also follow from love that one should not share one’s sexual desires with another person? I would say so. I believe that love, as an emotion that can occasionally manifest itself into the physical world of desire, seeks to connect two people (not in the sexual sense). Love completes two people, and when true love is found, these two will not need another. In the definition of love, completion is a key point.

One might argue this point by saying that people are independent by nature, and that they really don’t need others to complete them. I agree wholeheartedly with this statement. However, this objection uses an equivocal definition of “complete” that implies a person was not already his own to begin with.

The term “complete” that I’m using doesn’t use this assumption at all. By “complete”, I don’t mean to complete a person, but to complete his desires to connect with other people (which are an entirely different). So, to say use the idea that people are already complete doesn’t serve as a valid objection to my argument.

In trying to objectify and define love, I’m attempting to create a boundary that most people tend to forget when they are in a relationship. Most people are unable to tell what is right and wrong when their partners do something that they don’t like. They don’t have reasons to be angry, and yet they are, and I want to create a justification for this people (and rule out the anger of other people, who I will label as irrational).

So, to answer these questions, I would have to say that true love, when it is mutual and long term (rather than just a known fling) is always, in its most mature states, bound to be exclusive. Why? Because true love completes one's desires to connect with other people and while sex is simply a physical connection rather than an emotional entanglement, it still projects the same message that love really isn’t present in such a relationship.

I believe that the issue in the modern world is not that of love. Love remains a pure source, true to the hearts of the people who have it. The issue of why so many relationships fail and so many people cheat is that they misuse the word “love” and associate it with relationships that don’t actually deserve the term. For those who have been hurt by others, remember that it is not love that betrayed you, it’s the false impression of love that did, for I honestly don’t believe that love has the capacity to betray.

Why girls filter their photos and want plastic surgery.
Unwritten Baseball Fan Rules
The things I want to say to you but I can't
What I Like About Black Men

Cast Your Vote
Would your family be upset if you dated outside your race?

Uptowngirl88
Xper 4
Other
Popular Questions
Which language is the most difficult for people to learn? ?
Are tattoos attractive?
What is the weirdest thing you have seen in someone else’s home?
Best Egg Photo?
Show All
Join with {0}
Loading...