Honor: Your Words Have Power

If you’re a woman, you might squeal and jump up and down in the seat.

If you’re a man, you emphatically nod, say something like “Aaaaaaawwwwwwww yeah . . . “ then crank the volume as loud as it can go, often times to the chagrin of the female escort in the passenger seat. No, not that kind of escort. Come on, focus.

What’s the biggest problem men and women face in relationships in this day and age? Probably the same problem they had during the Industrial Revolution, the Middle Ages, even all the way back during the time when a little baby entered the scene in Bethlehem and split time in half. Psychologists and "relationship experts" (why are most of these people single?) often stipulate that communication is one of the biggest hurdles any relationship can face.

"Communication is one of the biggest hurdles any relationship can face!"

Of course, it makes sense -- males think differently than females, so naturally, both sexes are going to speak differently. Men and women ARE wired differently, and this is a good thing! But it’s also frustrating when we discover that we don’t communicate with each other in the same fashion. Ladies, if you ask your man what he’s thinking, he will either say “nothing” because he knows you won’t be interested, or he will tell you EXACTLY what was going through his mind, which you either don't really want to hear or will be bored by.

An ex-girlfriend of mine told me that once that she asked a male friend of hers “What are you thinking about?”, and his immediate response was, “Damn, my balls itch.” She vowed to never ask that question of another man again.

Every man and woman are guilty of one thing in relationships, and that is selfish behavior. Men, let’s be honest – we act according to what we want, what we can get, and how something will affect us, then we’ll complain after 6 months that we can’t make our woman happy. Ladies, you’ll act in the same manner, then eventually wonder why your man never wants to go shopping with you. 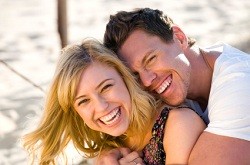 Truth be told, your man DOES like to go shopping, but only for things that he wants or needs, and then he’ll high-tail it out of there before anything can catch your eye. It’s hypocrisy that we’ve tolerated as a society, and it’s silently rude to our significant others.

We all have this instinct for self-preservation. It’s natural. But when we’re in a relationship – dating, engaged, marriage, whatever – we can't think of just ourselves anymore, and there’s one essential item that we often leave out of the equation. I’m talking about honor.

When you think of honor, you usually think of the commandment “Honor thy father and thy mother . . .” Perhaps you think of a film from Asian culture that talks of honor as one of the highest regards you can hold for another person, and how dishonoring someone can be a death sentence. We don’t think of honor when we consider our significant other. Why not?

One of the best ways to show honor is through your speech. Part of the key to this is knowing how your spouse, significant other, or first date communicates and listens effectively. This can vary widely depending on the person, but there are some universal absolutes that should always be considered, including truth, honesty, encouragement, and consideration for the other’s feelings.

"HOW you say something can be just as uplifting or just as damaging as WHAT you say."

When being honest with someone, brutal honesty isn’t always the best policy. Even the Bible has something to say on the matter, as Paul writes that we should speak the truth in love (Ephesians 4:15) to each other. How you say something can be just as uplifting or just as damaging as what you say. If the dress she’s trying on doesn’t look good on her, it’s okay to tell her it’s not very flattering to her – it’s the truth, and it’s less harsh than merely saying “I think it sucks.” Consideration is a huge part of this aspect of healthy communication.


Remember the Golden Rule? “Do unto others as you would have them to unto you”? That is a pitch-perfect rule to live by when you speak to your S.O. Here are some great examples of honorable communication:

Reading the paper or watching TV while your S.O. is telling you about his or her day? Put it down, hit the mute button, and look at your partner. Give them your undivided attention when you listen to them.

Allow your S.O. to express his or her opinion without shooting it down. It may not match your opinion, but they came to that opinion because of the experiences they have been through in their lives, and you can’t take those experiences away. If you disagree with them, it’s okay to say so as long as you give a personal explanation as to why. That way, you’re not arguing, and you’re not aggravating the other person. Even if their opinion is absolutely false, you can correct them later, but giving them the time to express that opinion before you shoot them down shows respect for their need to express it.

Learn How To Fight Right

When you argue, stay away from name calling, raising your voice, and using “never” and “always” when expressing your frustration. Communicate how the others' actions (or inaction) make you feel – this should make them aware that their actions have consequences that affect you directly, even if their actions aren’t directed at you. I know some men who have engaged in seemingly trivial activities that actually offended the women in their lives, and they later admitted that they had not given consideration beforehand to how their spouse or girlfriend would feel about their chosen activity.

Admit It And Apologize. Ask Forgiveness.

I’ve been married just over five years, and there have been plenty of times that I and my wife have each been wrong about something. However, I’ve heard her admit she was wrong only one time during our marriage. How simple is this concept? Many people refuse to exercise this point, and it puts a roadblock in the communication highway. If you’re wrong about what you said or what you did, be bold and admit it. Your S.O. will have enormous respect for you if you just own up to your wrongdoing or mistake and ask them to forgive you.

Saying that you’re wrong about anything is one of the most humbling experiences one can go through, but we need this humility to balance our selfish natures. Humility can also help us and our significant other move past an offense that has been done. So, apologize quickly and often, forgive quickly and often. Lather, rinse, repeat.

Leave It In The Past

Couples often make the critical error of bringing up the other person’s past mistakes, which is the same thing as bearing a grudge. When you hang on to those grudges and allow them to grow, you open the door to bitterness and resentment in your relationship, and that will tear you apart from the inside. Once that bitterness breaks out of your mouth, it will tear apart your relationship as well.

"Interrupting someone is a sure sign that you aren’t really listening to what they have to say, but that you care more about what you want to say."

Other than the occasional cuteness of finishing each others' sentences, interrupting someone while they’re talking to you – or worse, to someone else – is just plain rude. It doesn’t matter if they’re family, friends, your spouse, your fiancé . . . just don’t do it. Interrupting someone is a sure sign that you aren’t really listening to what they have to say, but that you care more about what you want to say.

One of the most honorable ways to communicate is by not saying anything. Specifically, keep from complaining about your S.O. to your friends, and especially to your family. Two reasons for this:

Just Say It, Just Do It

Make sure you tell your SO that you love them, but back it up by behaving consistently with what you say. If you’re prone to let your eye wander, don’t tell her she’s the most beautiful girl in the world. I mean, if that’s true, why are you checking out other women? Have some integrity.

One last thought . . . the Greek word for honor translates to something that has value. In ancient Greece, the value of an object was determined by its weight. So when you use that principle, how weighty and valuable you esteem the other person in your relationship determines how much honor you are giving them. When we fail to give weight, to give value to the person we’re supposed to love the most, we fail to give them honor, and in doing so, we do more damage than we realize. So do what you can to keep your speech in check.

If nothing else, remember what Mom taught you. If you can’t say something nice, shut your friggin’ pie hole.
Follow
12
Share
Facebook
Twitter
Honor: Your Words Have Power
6
1
Add Opinion
6Girl Opinion
1Guy Opinion

Show All
If you could be king or queen of your country with absolute power you would you accept with all the riches and honor it comes with it?
Click "Show More" for your mentions
Home > Guy's Behavior > Honor: Your Words Have Power
Most Helpful Opinion(mho) Rate.
Learn more
Yes No

Cast Your Vote
Are you dyslexic?

RandomGuy1030
Xper 5
Other
Popular Questions
How did you choose your major?
I broke 3 week no contact after being blocked by ex girlfriend. What should I do?
Let’s have a conversation about sexism?
Which Song gets you emotional?
Show All
Join with {0}
Loading...