Married Teacher “Threatened To Fail” Students Who Wouldn’t Sleep With Her? What are your thoughts on this?

Yokasta, who taught at a school in Colombia’s capital city, Medellin, is alleged to have bombarded pubescent students between the ages of 16 and 17 with explicit photographs and videos of herself through the popular messaging platform WhatsApp.

The teacher asked all of her students to provide her with their telephone numbers in order for her to “help” them with their studies. But rather than provide extra tuition, she harrassed them with threatening messages and seductive snaps and clips of herself.

The 40-year-old invited teenage students to her flat where she lived with her husband, who has since filed for divorce. Once inside, she would force the teenagers to perform sex acts on her while threatening that she would fail them if they did not comply with her demands.

She sent students hundreds of images of herself in various states of undress, using inanimate objects to conceal her modesty, as well as videos of her touching herself. It was this material that would eventually expose the truth about Yokasta’s depravity to the world.

The teacher’s bizarre behavior was finally revealed by the father of one of her victims after he grew suspicious of his son. Checking the teen’s phone, he discovered dozens of inappropriate pictures and videos of Yokasta which were accompanied by threatening messages.

The disgusted father reported Yokasta to the police, who swiftly arrested her. She is now facing up to 40 years in jail for her crimes.

This is disgusting.
Vote A

This is very disturbing.
Vote B

Im a guy and
Vote C

Im a woman, and i find this disgusting.
Vote D

im a woman, and i would probably do the same thing, if i ever get a chance
Vote E

Up and down.
Vote F 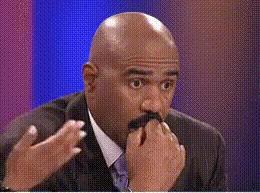 Im busy in admiring her boobs
Vote G
Select age and gender to cast your vote:
GirlGuyPlease select your age
Updates:
Follow
00
Share
Facebook
Twitter
Married Teacher “Threatened To Fail” Students Who Wouldn’t Sleep With Her? What are your thoughts on this?
18
22
Add Opinion
18Girl Opinion
22Guy Opinion

Show All
Top 10 Best Action/Fantasy Manhwas
Top 21 Bad & Beautiful
What the bible taught me about the purpose of life
Why guys are not threatened by a woman having a professional career
Click "Show More" for your mentions
Home > Trending & News > Married Teacher “Threatened To Fail” Students Who Wouldn’t Sleep With Her? What are your thoughts on this?
Most Helpful Opinion(mho) Rate.
Learn more
Yes No

Gagname
Explorer
Other
Popular Questions
What you think about heel boots?
"Covid cases are on the rise." And yet, I still don't know a single person who has died or even...
Do you agree that if someone lives in LA or Santa Cruz , San Diego and Santa Monica you have no...
Girls, Girls would you date a guy who listens to video game music very often?
Show All
Join with {0}
Loading...