A guide to dating for average (or below average) looking men

Anonymous
Follow
Facebook
Twitter
43
Before I start the article, I'd like to make a few things clear. Please read this to get the most out of my guide, or if you're feeling bored to read this, then you're most welcome to start reading directly from the second paragraph. This will be a story followed by the guide. I'll describe my own experience, and then lay out a short general guide. The next thing is, I reside in a conservative country where most people are still not open when it comes to dating and sexuality. And couples usually abstain from actual sex (although they may proceed till foreplay)until they get married, or at least until they are engaged. Hence, what I describe in this article might not apply completely to you if you're sexually very liberal, but it should still give you a general idea of what needs to be done. The final thing I wish to say is that mine is a third world country, and English isn't my native language. Hence, there may be a few grammatical mistakes, or errors in my vocabulary. I request you to kindly bear with me on this. Now, before you get bored with all this 'disclaimer' stuff, I'll quickly move on to the actual matter.

I have seen several men here complain that they're unable to get dates because they feel they're average or 'ugly' looking. Some of them say they get rejected by women due to their looks, while the others say that they're too scared to even approach women because they're sure of getting rejected. This article will help you overcome this problem and kick-start your dating life. Of course, it won't happen overnight, and you need to put in your sincere efforts. This will be like a 'pep talk' to you guys, so that you don't lose hope and give up on dating and women. So please read on. 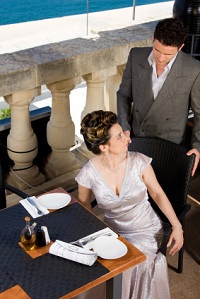 I'm a 27 year old man, who most consider to be average (or below average) looking. I'm really short (my height is 170 cms or 5'7") and I'm also slightly overweight. Besides, my face isn't something which people would say 'attractive'. For a long time, I was really upset about this, and never tried approaching women. In fact, there was a particular point in my life where I was so disgusted with my looks that I even considered plastic surgery to alter the way I look. One fine day, I realized that there's no use whining about by looks, and I need to do something which can boost my confidence, and maybe also give me a chance at dating.

That's when I changed my lifestyle and became a total gentleman. I began expressing a lot of kindness towards my female friends, helping them out when they had problems and lending them a shoulder to cry on. Of course, I wasn't doing this just to attract them, because I was equally kind and helpful towards my male friends as well. I completely discarded swear words from my vocabulary, and also gave up using any kind of vulgar/profane language. I also used to crack jokes often, and make the girls giggle. Please note, I never worked in improving my looks (of course, I didn't have any issues like body odor, and I always gkept myself clean and well groomed), but instead concentrated on transforming myself into a kind and confident man, with a bit of humor. And you'll be surprised to know the result. I myself never asked any girl out, but SEVEN girls themselves asked me out at various points of my life. Out of those seven, 2 were really beautiful, 3 were quite pretty and the remaining 2 were above average. That means, in spite of me being average looking (or perhaps below average), the girls who asked me out were never average or below average. I won't get into the details regarding my acceptance of those girls, my relationships with them etc. because these things are beyond the scope of this article. The point I was to drive here is that, if i could do it, so can anyone else.

"That's when I changed my lifestyle and became a total gentleman!"

I agree that some women are shallow enough to date a man only based on his looks (there are such shallow men as well), but I can confirm that such women are the minority. And it is true that women aren't as visual as men. For women, other things matter more than looks. For some this may be money, but most women only expect a lot of love, care and protection from a man. I'm sure these aren't so hard to give. If you have a good sense of humor as well, that will be an added bonus. Once a woman gets the feeling that her life will be happy and secure if she's with you, then your job is done. It is quite easy to win a woman's heart if you just know the way of talking with her. The most important thing here is, you have to behave in such a way that she gets the impression that your primary objective is 'love' and not 'sex'. Just be kind towards her, support her during her hard times, make her laugh, and treat her with respect (rather than a sexual object), and you'll melt her heart sooner than you think. And its really not as hard as it seems, trust me. But like I mentioned earlier, this can't happen overnight. This is a complete lifestyle change which you should incorporate, and at no point should you feel that you're changing yourself to attract women. Rather, you need to tell yourself that you're changing to become a better individual, and the female attention you get is actually the reward for your change. 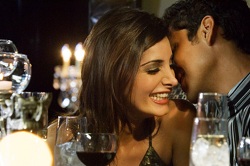 I'd like to end my article here by saying a few things. I have written quite a few articles in my native language, but this is one of my very few English articles. Hence I'd like your feedback on this. Both positive and negative feedback are welcome. And if my article helped you at least a little bit, or if you just enjoyed reading it and feel my words make sense, please leave behind a positive comment. Such appreciation will encourage me to write more articles. I'm not a professional counselor (I'm actually a software developer), but I have given relationship advice to lots of people over the past 6 years, most of whom are pretty happy with their lives now. For now, its goodbye from my side. And thanks a lot for taking the time to read my article.

Show All
I think it’s ridiculous to have more than two children per family!
What I like the most about faith and religion and church
The Near Death Experience (NDE)
Some encouragement I got from God in a dream this week

423
Click "Show More" for your mentions
Home > Dating > A guide to dating for average (or below average) looking men
Most Helpful Opinion(mho) Rate.
Learn more
Yes No

Cast Your Vote
Do you think your dating standards are too high/unrealistic?

beebella
Master
Other
Popular Questions
It looks like the judge in the Kyle Rittenhouse case isn't taking any BS from prosecution, I...
Anyone going to rock a moustache for Movember?
What do you want for breakfast?
Do you judge a person based on their interactions with pets?
Show All
Join with {0}
Loading...