He won't date me because I'm a liberal feminist, are political views really that important?

Anonymous
Follow
Facebook
Twitter
02
I really don't understand why this would turn him away so much. Things were going well for months, but then we started talking about our political views. Turns out, he hates liberals and feminists. Well actually, he said he hated all political parties, just those two more than the others. I was like, ok cool. Then we don't have to bring up politics. but after I told him what I was for, he just up and rejected me. And he said that it was for those reasons. Are different political views really that damaging to a relationship? 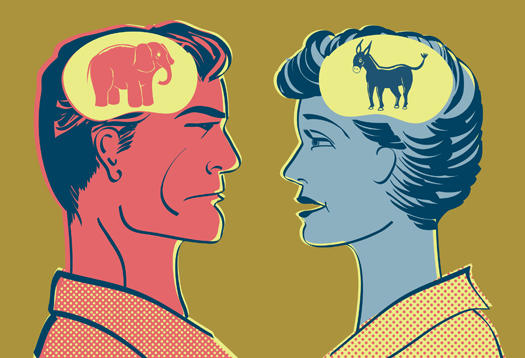 Show All
Hooters Is a Family Friendly Restaurant (Said No One Ever)
Why Jesus said you should not be discouraged when people insult you
I think it’s ridiculous to have more than two children per family!
What I like the most about faith and religion and church
Click "Show More" for your mentions
Home > Dating > He won't date me because I'm a liberal feminist, are political views really that important?
Most Helpful Opinion(mho) Rate.
Learn more
Yes No

Cast Your Vote
Can playing mind games be a good thing?

Shihab91
Xper 7
Other
Popular Questions
Do you like white people?
What do you think of black incels?
What if Obama promised to Pardon BLM rioters?
What are your skimpiest outfit?
Show All
Join with {0}
Loading...