Do people assume you're a virgin?

*this will be full of Aishwarya Rai gifs*
I'm 21, a senior in college, I love dirty jokes, sarcasm, and yes, the s word, haha. I don't have a baby face either, but can't shake the virgin image. Everyone I meet things I'm 1) younger than I am and 2) a virgin.
All the guys I've ever dated have come into the relationship assuming I'm a virgin. For my age, ok, that isn't that weird, I guess. But when they find out I'm not they're SO surprised. It's odd because I don't think a lot of close friends or even people on GAG think I'm this angel.
One time a guy was SO convinced, he was disappointed I wasn't. He never asked! And I never lied and told him I was. Nevertheless, he was expecting a virgin. (guess what, he wasn't one!)
This was me...

This was him...
Honestly, looking back on what my current boyfriend thought about me to who I actually am... t's pretty hilarious. Shattering people's early perception of you is pretty hilarious.
Him "I thought you were a sweet and shy and didn't date a lot... and yea, a virgin too"
Me "... oh really..."
Do people assume you're a virgin?

Also, you can be sweet, and shy and not date a lot and totally not be a virgin. :) 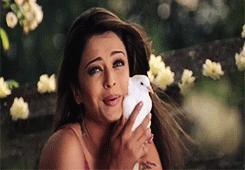 Yes! Pretty much all the time.
Vote A 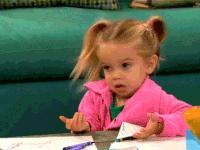 Show All
The real reason some people cannot forgive their enemies
My take on why I think I am lonely and maybe a lot of you are too
Hooters Is a Family Friendly Restaurant (Said No One Ever)
Why Jesus said you should not be discouraged when people insult you
Click "Show More" for your mentions
Home > Society & Politics > Do people assume you're a virgin?
Most Helpful Opinion(mho) Rate.
Learn more
Yes No

Paris13
Influencer
Other
Popular Questions
What is a good science fair project for live stock/in general?
How do you fight media bias?
How do you know your ready to move in with your long distance partner?
Why do married people fight more than those single people out there?
Show All
Join with {0}
Loading...