Dad brings food to only his child, ignoring the moms other kids, Is he right or wrong?

So basically this dad brought McDonald’s for his kid, but didn’t bring any food for the other 3 children there. The mom went off on him and told him that now her other kids are going to feel left out and that he can’t bring food for one child and not the others.

Some people agree with the mom while others are saying that it’s not his responsibility to bring food to kids that aren’t his.

Personally, I would bring food to all the kids whether they’re my kids or not. 🤷‍♂️ 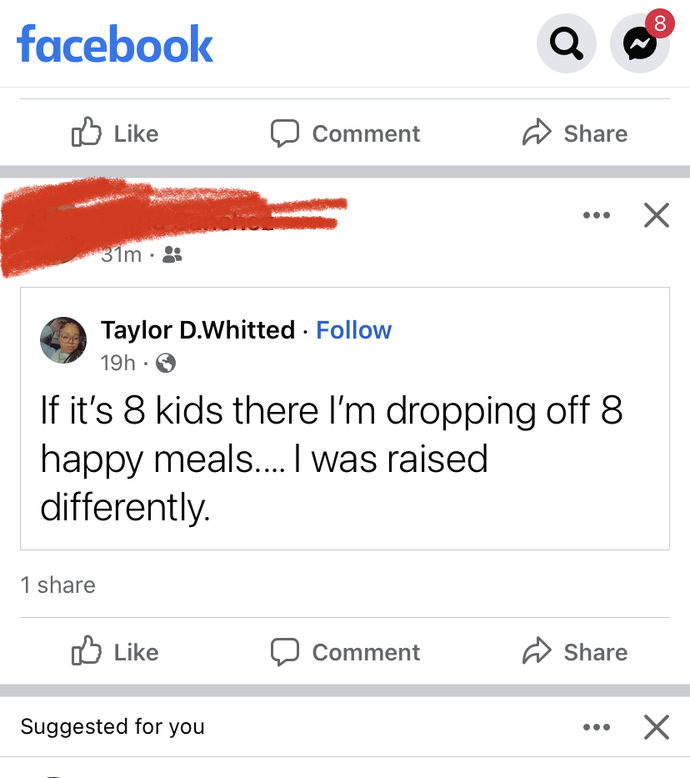 He’s wrong. He should of brought food for all the kids.
Vote A 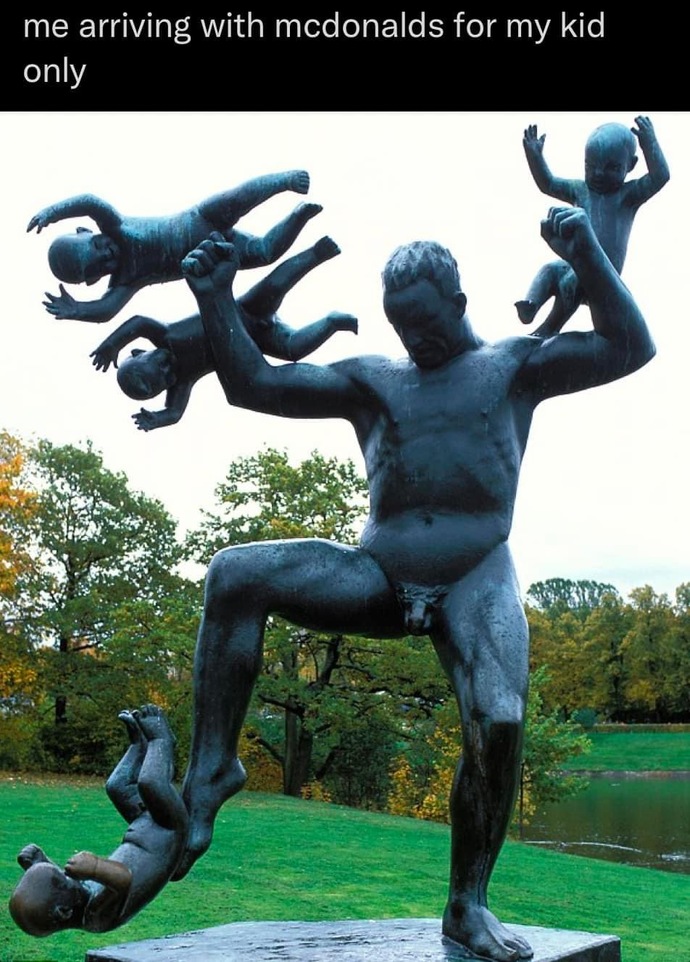 He’s right. He doesn’t have to bring food for kids that aren’t his
Vote B
Select age and gender to cast your vote:
GirlGuyPlease select your age
Updates:
Follow
23
Share
Facebook
Twitter
Dad brings food to only his child, ignoring the moms other kids, Is he right or wrong?
40
100
Add Opinion
40Girl Opinion
100Guy Opinion

3898
Click "Show More" for your mentions
Home > Family & Friends > Dad brings food to only his child, ignoring the moms other kids, Is he right or wrong?
Most Helpful Opinion(mho) Rate.
Learn more
Yes No

Cast Your Vote
Do women have it easier is this analogy true?

RandomGuy1030
Xper 5
Other
Popular Questions
My ex won’t leave me alone?
Have you ever looked in the mirror one day and concluded that you are 'simply not there'?
What could a girl /guy you love tell you to piss you off?
Do you have a best friend of the opposite sex?
Show All
Join with {0}
Loading...